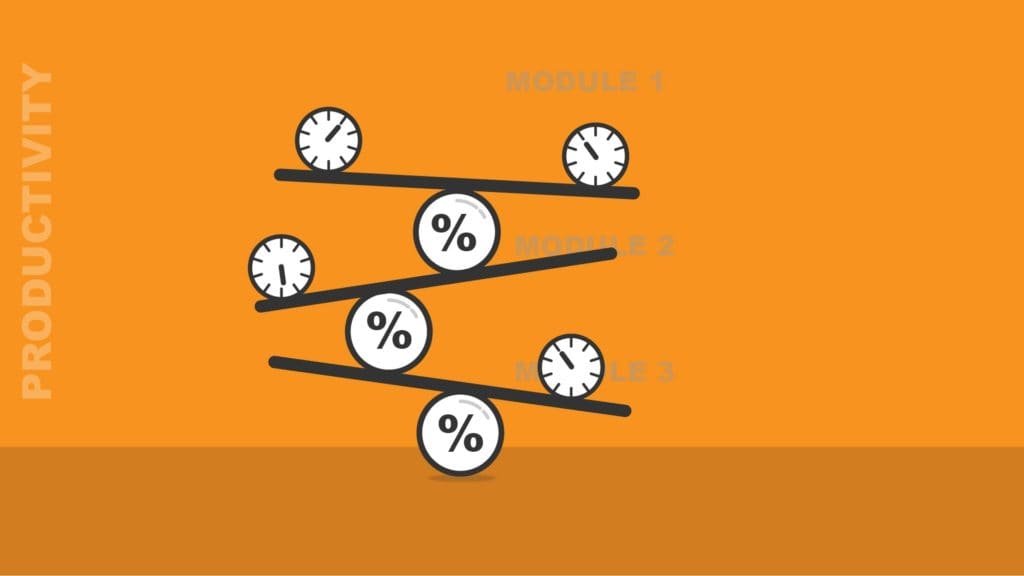 Sheet metal production lines nowadays are more and more automated, with increasing number of processing modules. Knowing how to balance a production system has become a strategic skill for the production manager in order to optimize the line and increase the productivity.

Production systems consist of a series of machines, each one performing one part of the process. In sheet metal processing lines, for example, a system can include uncoiling, punching, laser cutting, forming, roll forming, welding and packaging.
To calculate the productivity and efficiency of a given production system, it is essential to understand the performance of each machine/module of the line, and how these modules are connected.

This guide illustrates a simple methodology to calculate productivity, availability and efficiency of complex production systems, given the main parameters of each module.

Defining the line and the processing modules

From now on I will define a line as a series of processing modules, each one characterized by the parameter “cycle time” or productivity P: expressed in seconds per part, is the amount of time the module is engaged to complete its process, including loading, processing and unloading time.
Another parameter that characterizes a module is the availability A, defined by this formula:

The previous parameter will be used to estimate, together with other considerations, the line efficiency E. Expressed as a percentage, this is the expected productivity over an extended period of time, including the preventive maintenance and setup time. For example, a line with

۸۵% efficiency means that it will be active in production 85% of the time.

Calculating the Productivity of the line

In the first case, the modules have buffers inbetween, so each module carries on its operation on simultaneously on different parts down the line stream.
The Productivity P will be in this case the maximum value of the Productivities P of each module. This module is the bottleneck of the system.

For example, in a processing line for venetian blinds, we identify three modules:

In the second case, the modules are tightly connected and work without a buffer, i.e. in serial processing.
The productivity P will be in this case the sum of the Productivities P of each module.

It is clear that adding buffers can lead to a significant increase of the productivity, and of the availability of the system as well. In large plants, the buffers can be very large and if one of the modules has a function problem, they sometimes have the possibility to divert the production flow to a second backup module.

In the third case, some modules are positioned in simultaneous processing and others in serial processing. In this case, the serial modules will be seen as a new module with Productivity P equal to the sum of the two productivities.

For example, if the line has:

A first module with performance P6 = 8 seconds, followed by a buffer
The following modules with P7 = 7 seconds and P8 = 12 seconds positioned in serial processing configuration.
The productivity of the line will result in:

Each module, as any machine, is characterized by an availability that can be expressed in percentage. Availability is defined as:

I consider that the same calculation is valid for serial or simultaneous configuration, since a malfunction in one of the modules, stops the complete line in both cases.

The calculated productivity indicates the cycle time per part in continuous production. The line, however, can be non productive for a number of reasons:

These times depend on the machine design, of course, but also on the organization of the production, number of material changes per week or day (for example in case of frequent color changes) and on the technicians’ skills.

I call these times as Setup Times or ST and they have to be either measured or estimated. Since efficiency is defined as expected productivity over an extended period of time, I suggest estimating the ST value in the production of a large enough batch of N parts – for example the quantity that is expected to be produced in one week.

Efficiency E can be calculated conservatively as follows:

I use the availability value to take into account any stop caused by the modules.

For example, if we have:

The production manager can use this Efficiency value – knowing it is an estimation – to calculate the line Gross Productivity GP and simplify his calculations.

This means that, even if the machine produces one part every 12 seconds, we have to consider 14,9 seconds to take into account the setup times and the availability of the system.

In one week, with 144000 seconds totally available, the line will be able to produce:

The calculations have been presented in a conservative way, but two additional factors should be considered.

The formulas I proposed, represent a simple methodology that can be applied to a number of sheet metal working systems: punching machines, laser cutting systems, FMS, roll forming machines and packaging systems.
In the article I pointed out how the Efficiency depends also on the manufacturer’s organization. In fact, larger batches reduce the impact of Setup Times ST in the calculation. However, in today’s competitive markets, sheet metal manufacturers need to be able to react quickly to customers’ requests: this turns out in smaller batches, increased setup time and reduced efficiency.
Even in this case, improving the efficiency is possible with a careful organization of the production and, of course, with the use of modern and flexible lines with lower setup times.